The Frozen Motion series from Ralph Kristopher focuses upon three elements of the ineffable, Form light and frequency.  The temporary natures of water, ice are both in flow and in motion.  Using an artistic passion and decades of technical mastery behind the lens Kristopher has captured and collected Images for Frozen Motion all around the world searching under and inside glaciers and along remote glaciated ocean fjords for ancient and new ice.  From ice melts of the mountainous regions of the world to springs, rivers and streams flowing through all seasons and land.  Frozen Motion discovers and explores the frequencies of H2O in its many states fining harmonics of form both photographed at the highest speeds of photography and at times the slowest for ice.  Light dances with, across and through these images leaving the viewer with an awareness and transforming space in feel and flow.   Find images of ancient ice cooling any room, flowing water stopped in action to reveal a thought provoking expression of itself.

Watch for announcements of shows from this growing body of printed work. 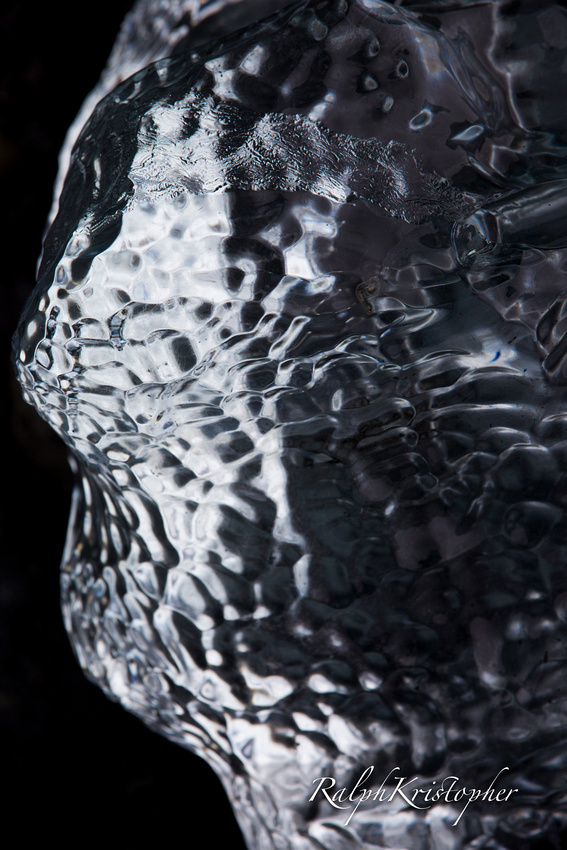 Hi I am thrilled to offer to the world Fine art photography prints from a lifetime expressing the enfeeble through images of our natural worlds.  Truly from my heart, spirit, life’s work, professional endeavors and the Frozen Motion series fuels my artists flame driving me to produce, work hard and enjoy every moment I get to spend on this project.  As an artist, finding a subject, a clear and defined focus between characters and subjects as pure as form, light and frequency

I found a focus of subject between three elements of the enfeeble; Form, light and frequency.  Ice and water are both in motion and are both so temporary in their many expressions of form.  Ice and water are one and the same on the molecular level so it's their speeds of change and movements that shape both water and ice, and light my muse is here in action the delivery of the solar energy that drives all of this.  What floored me was discovering through the years following this intrigue of subject both ice and water have the same frequency, so as to see that ice moving not much at all is at times nearly identical to fast moving water photographed at tremendously high shutter speeds.  The frequency of arrangement on the molecular level is expressed before our eyes and with modern cameras captured to reveal itself in a new way.  Frozen Motion explores these expressions and patterns dancing with the fundamental element of natural sun light.   Prints will resonate a room and fill a space with a feeling, a temperature and a natural fractal dimensional order of frequency and form.  The ice is largely captured from deep within some of the oldest glacier ice on the planet.  I have risked life and limb to venture deep within glaciers to find the oldest ice on the planet.  Ice so pure and condensed that it is like a diamond, a gem.  The water is from around the world and as I add to these images annually I have created images through my travels in North & Central Americas, extensively through Alaska but as far out as the  Siberia, China and Europe.  I look to venture further with trips planned for Iceland and the Galapagos.

This series is very close to my harmonic resonance of being so its only natural that I am dedicating a portion of proceeds to a community education center of the highest order in one of the true last frontiers on this planet, The Wrangle Mountain Center in the town of McCarthy Alaska.  The Wrangle Mountain Center hosts forms for both the global scientific communities but also artists and regular folks of inquiring minds.  Sitting amongst the largest national park and wilderness area in the United States the Wrangle St. Elias is home to seven mountain ranges and thousands of glaciers.  The stunning geologic processes and planetary elements of body are expressed here for all to behold.  Truly a gem for humanity to help experience these wilds and interpret their functions as organs on our planetary body.  Yes I speak with color perhaps where my words fail me my images will help resonate.

The ice will bring any space a cooling, chilling vibe of variable frequency.  Water will usually cool you down but the reveal of high speed photography upon fast moving water will create a space of awareness of the presence of moment.  The lines are often blurred between what is obviously what, in others they are noticeably different.  Light jumps in to reveal and harmonize often skipping across and through.